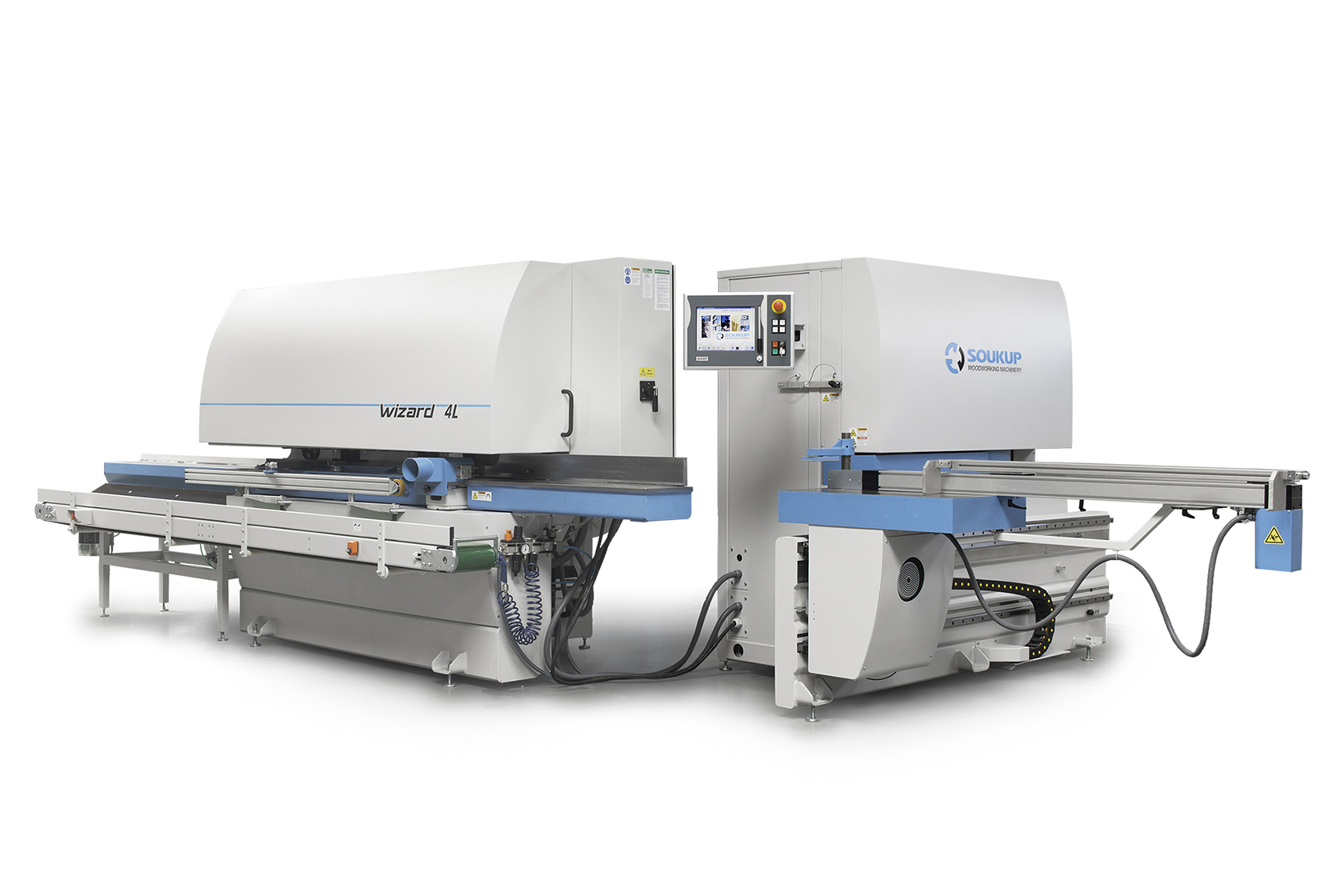 The knock-down production method of components is the most efficient way for window manufacturing. The Wizard preserves the traditional tenoned construction techniques. This is remarkably important when producing slim design windows combined with double-sided profiling of components. This machine is integrated into the operator’s information network with machining data imported from its native WinCreator or third-party software. The machine can also be installed in line with the Spectra machining centre for further drilling and milling operations as well as the production of arches, further explained in our next update.

Slim design as a new standard

To achieve higher thermal performance, a window designer often finds ways to reduce the wood frame portion in a window. Because the insulation of glass is almost twice as good as that of wood, there is an effort to minimize the wood frame throughout the design. It is also an architectural trend in new minimalist buildings. The requirement to produce thinner frames is a great challenge for machine builders. Even if the glazing were to stick to the frame, the window will always rely on the stability of its frame. Hence the tenoned corner joint returns as a viable joinery method of production. Double-sided profiling on the Wizard machine and the knock-down production method are proven to be the most efficient and successful approach.

The Wizard centre also has an option of outside profiling of glued window sashes on its profiling machine. This traditional stormproofing operation can be easily achieved at the machine by first removing the left tools, followed by installing a rexilon bridge over the HSK shaft. Especially for casement windows, where there is a large variability of profiles, this solution is exceptionally quick and effective.

You can find a comprehensive range of equipment to produce windows and doors here.